Garden news, or, How is July almost over? 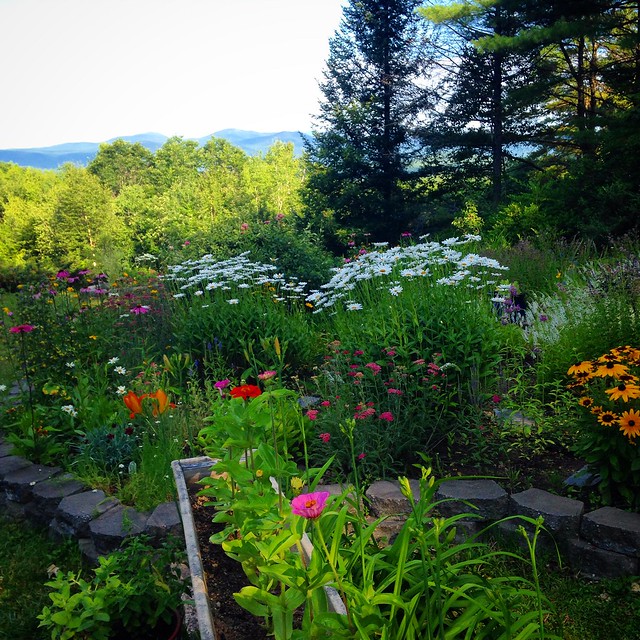 The summer is flying by! I have definitely been writing lots of mail, but admittedly I have been spending more time in my garden. I can only garden in the summer, so I try to live it up and maximize my outdoor gardening time during every available moment. 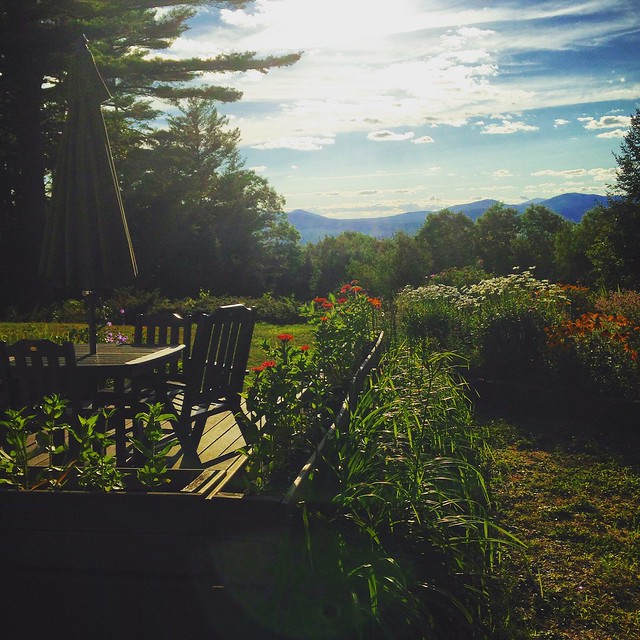 The weather has been truly gorgeous, and I have had many available moments to have my hands in the dirt! Since I haven't posted in a while (again), I wanted to share with you photos of where and how I've been spending most of my time. 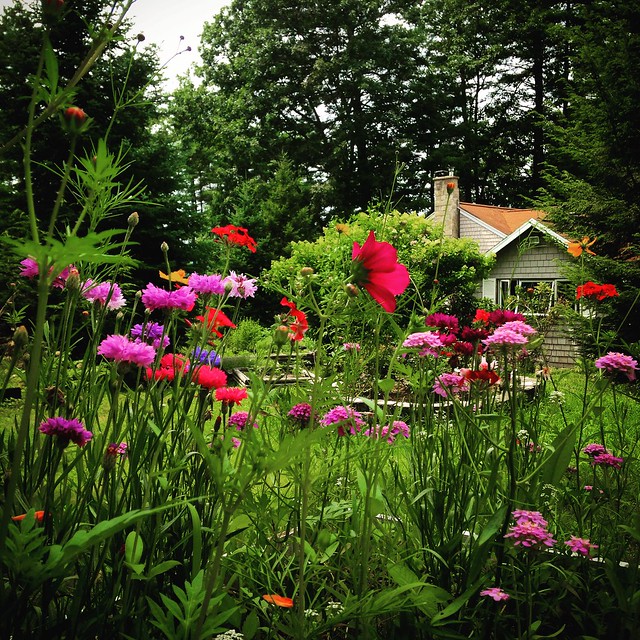 I am a sucker for color, and I'm all about the flowers! (Alex does the veggies, and I do the flowers. Though he does a few flowers here and there, and I do no veggies. But we have a nice little team thing going.) 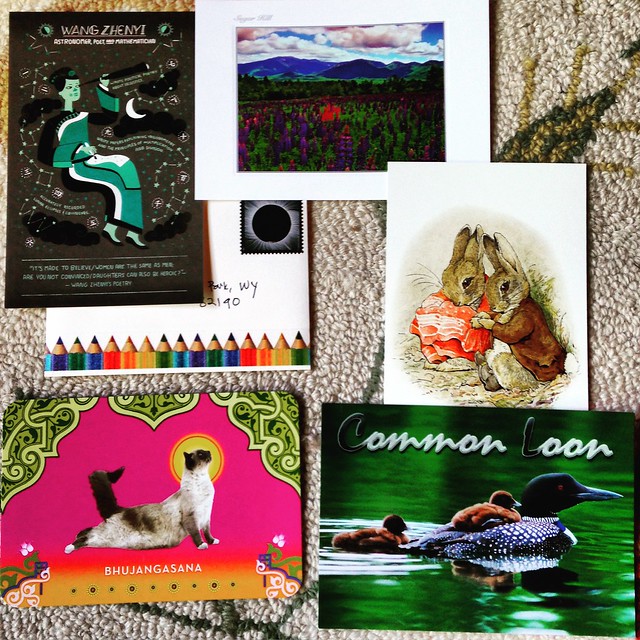 I've been writing a lot more mail but not photographing much of it, but here's a nice picture I arranged earlier in the summer.

How is your summer going? Are you having a good mail summer?


I received a Postcrossing postcard recently with these fine stamps - I had to take a video of the swan stamp to show off the metallic gold. It also included the adorable "miau mail" priority sticker, and a marvelous reindeer stamp, too. 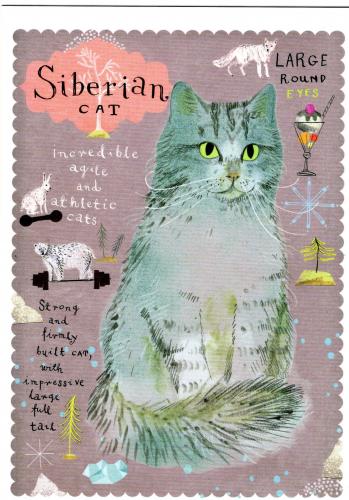 Here's the front of the postcard, a lovely image of a Siberian cat. Thank you, Tiina, for this wonderful Postcrossing treat!
at 9:27 AM

A few days ago I wrote a blog post about Postcrossing United, with some observations about its similarity to Postcrossing and a request for information from anyone who had tried it.

While I haven't heard directly from any of the users of the site, I did get a response from Postcard United that I would like to share here for anyone who, like me, is curious about the site and wants more information.

On June 24, I signed up for the site out of curiosity, and on that day I used their contact form to ask the following question:


"Hi there,
I am an active Postcrosser and just saw this website mentioned in someone's profile there. I am very curious and did not see this in the FAQ - how is this different from Postcrossing? (Postcrossing.com) And what country is this project based in? Thank you! Ilona / Missive Maven"

On July 6, I wrote my original blog post about it.

Thank you for contacting us, it seems that you have joined the bandwagon of people who seems to have hatred for us, the reason we are saying so it seems to a lot of people that there's nothing good about PostcardUnited.com you mentioned that the blog is not updated, and we have issues with English maybe you can help us, by pointing out those to us for us to fix.

also you should advise your reader from the UK not to generate fake accounts at your website.

The email came as a no-reply address so I am not able to respond to the email. I certainly didn't intend to sow any "hatred" and was merely curious about the website, so it saddens me that the creators took my search for additional information in a negative light. My two original questions - how is this different from Postcrossing, and in what country is the website based - remain unanswered.

I share this information as an update for any of my blog readers who, like me, are curious.
at 11:53 AM 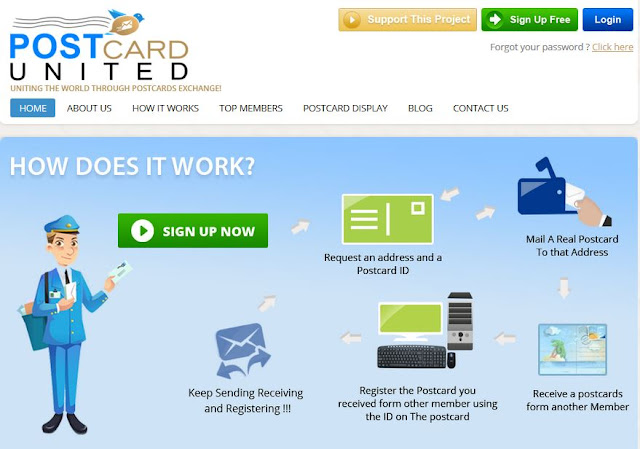 From the profile of another user on Postcrossing, I came across a new(ish - or just new to me perhaps) postcard exchange website called Postcard United. Is anyone else familiar with it? It seems to be an absolute Postcrossing imitator, with very little difference in the two sites. There's nothing wrong with that, and sometimes imitation is the sincerest form of flattery and all that, but it just makes me really curious. I signed up for it but haven't sent any postcards through Postcard United, since I am very devoted to (and very happy with) Postcrossing. But for anyone who has tried it, I'm very curious about the differences.

For example, I cannot find in what country it's based. The site is written in English but there are a number of phrases that make it appear that the creators are not regular English speakers (or perhaps not used to writing in English). Again, nothing wrong with that - we English speakers are very privileged and we need to get off our high horses regarding our native language and how lucky we are that it is so commonly spoken throughout the world - but it makes me realize I do appreciate the transparency with which the Postcrossing founders communicate their history and their whereabouts, and their use of the (optional) support funds.

Like Postcrossing, Postcard United is free, and uses a similar setup with profiles (though unlike Postcrossing, you cannot view a user profile or get much information on the site without signing up for it), and of course I have no idea how the coding and algorithms work behind the scenes. But if you've already tried it, I'd love to hear more, and if you're itching to send postcards (and maybe you're new to Postcrossing and have reached your send limit there), here's a new experiment for you.

Also, Postcard United does not seem to have a Twitter presence (on their site they have a Twitter icon, but it just takes you to Twitter.com), so I can't do any sleuthing there. I did find a profile for @PostcardUnited, but it hasn't ever tweeted. Hmm.... They do have a Facebook page but it isn't very active, and the blog on their own site isn't terribly updated either (ooooh... that's like the pot calling the kettle, right folks? I've not terribly active on this blog lately, either, but I'm not set up as a postcard-sending website).

So! If you have any thoughts or opinions to share, please do!

UPDATE on July 10: I received a response from Postcard United, see the new blog post for more info

In other news, I've been meaning to post a happy summer update... I've been in my garden a lot, and writing many postcards and a few letters, and I have some lovely photos to share - coming soon!
at 11:28 AM