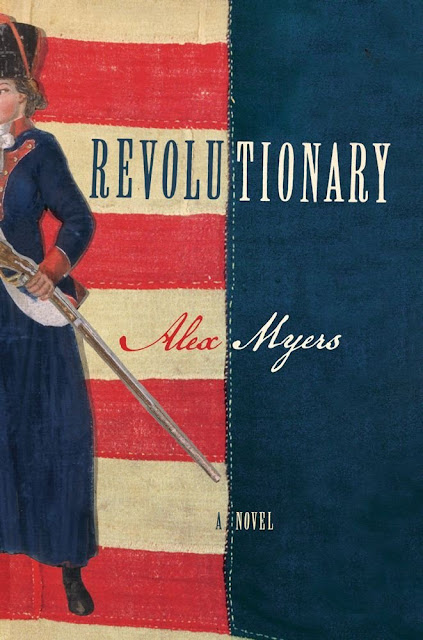 I have never been more excited for a book release in my life. I am ridiculously excited even to be blogging about it.

Due out from Simon & Schuster on January 14, 2014, it is now available for pre-order on Amazon.

Why am I so excited about this? Well, "Revolutionary" is pretty darn fabulous - "A fascinating retelling of the story of America’s first female soldier, Deborah Sampson Gannett, who ran away from home in 1782, successfully disguised herself as a man, and fought valiantly in the Revolutionary War." It is a book I would love to read anyway, and I know that because I have already read it. How am I so lucky to be an advance reader of this fine novel? Its talented (and, may I say, dashingly handsome) author happens to be my best beloved husband.

How does this book tie into the letter-writing theme of this blog? The novel does have a significant epistolary element - a lot of important information is conveyed in letters, and the reader gets a fine sense of the writing practices (and equipment, all well-researched) from the Revolutionary War era. In fact, in discussing my blog-post-in-progress with Alex, he said that its subject, Deborah Sampson Gannett (of whom Alex is a distant descendent), actually wrote a letter to Paul Revere, which is well-documented and preserved. He promises to write about that Deborah Sampson/Paul Revere letter on his own blog sometime in the future.

If you are wondering why I am suddenly talking about my husband and my personal life when I so rarely do that on this blog, well... I am not only indescribably excited about this book, but I think it is a book that will interest my blog readers as well. There is a clear correlation between reading and letter-writing, and the vast majority of my correspondents and blog readers are also passionate readers of fiction. This book will appeal to lovers of historical fiction and literary fiction alike, including a fascinating examination of the role of gender and how it forms identity. 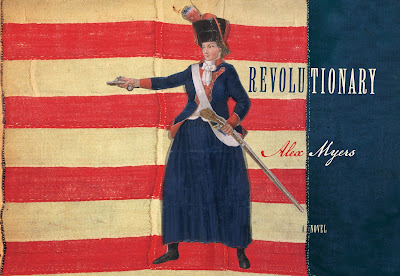 On his own blog at AlexMyersWriting.blogspot.com, Alex did a great post about the book cover and his thoughts on it. It's a great look at how the themes of the book tie into the cover design (with which he is quite pleased). This past summer Alex and I did a little road trip to various New England sites where Deborah Sampson has ties; above you can see Alex posing with the statue of Deborah Sampson Gannett (Gannett is her married name) outside the public library in Sharon, Massachusetts, where Deborah lived after the Revolutionary War. Don't ask me if that actually looks like Deborah Sampson or not, because I have no idea, but Alex said the equipment she's holding looks pretty historically accurate. He would know - he did extensive research on this subject! Photo above shows Alex in 2010, while he was still writing the book, examining Revolutionary War-era equipment at the New Windsor Cantonment in New Windsor, NY - a spot where Deborah (disguised as the soldier Robert) actually spent the winter of 1782-1783 encamped with her fellow soldiers. There is now a handy museum there, with some of the original structure sites and a lot of excellent models of various munitions, uniforms, and other aspects of Revolutionary War life. Deborah Sampson is a famous enough historical figure to have statues and streets named after her - above you see Alex posing last August with the "Deb Sampson" street sign - and Alex's book is a fictionalized retelling of her days fighting in the Revolutionary War. I am obviously very biased, and I have given up any pretense of objectivity, since I am madly in love with its author and have read many drafts of the book prior to the final version for publication, but I think it is an amazing story and I expect I will not shut up about it anytime soon.

Alex has many published short stories and essays, and one of his essays was adapted for NPR's "This I believe" Rhode Island and aired in July 2012 - you can listen to him reading his "identity" piece on the Rhode Island NPR archives here - and his blog at AlexMyersWriting.blogspot.com is the place to go to read many of Alex's other stories, essays, and some fabulous background information on his research for this historical novel, read a more extensive bio and fascinating personal information about him, plus some great info on his writing process and writing in general, including getting an agent and the publishing process. Good stuff there.

To recap: check out more about Revolutionary on Amazon, and if you're that interested, go ahead and pre-order!